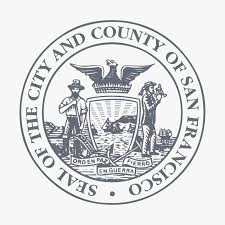 
Marisa Rodriguez is the Director of the Office of Cannabis for the City and County of San Francisco. In this capacity, she oversees the permitting process for all businesses that cultivate, manufacture, distribute, sell and test cannabis in San Francisco, focusing on access for medical cannabis patients and equitable participation for those negatively impacted by the War on Drugs.

She created the truancy pilot program, “I Am the Change,” to re-engage truant youth in education through the lens of the civil rights movement. She co-founded the San Quentin News Forum, the first forum of its kind to take several San Francisco law enforcement agencies, and most recently the Office of Cannabis, inside the walls of a California state prison. This program was designed to better understand the consequences of criminal justice policy and the impact of the War on Drugs from the perspective of incarcerated people.

Ms. Rodriguez believes that innovations like these will continue to challenge the conventional thinking around the criminal justice system, and create the space for San Francisco to have a world-class, equitable and thriving cannabis industry.

Ms. Rodriguez grew up in San Francisco. She obtained her undergraduate degree in Business Administration from U.C. Berkeley’s Haas School of Business, and her law degree from the University of San Francisco.


Born in Danville, Illinois and raised in Atlanta, Georgia, Eugene attended Washington University in St. Louis for college. Following undergrad, Eugene was selected as a Coro Fellow in Public Affairs. After completing the fellowship, and briefly working for a social venture capital start-up, he joined the staff of the Charles Stewart Mott Foundation. As an associate program officer he worked to improve equity and increase access to high quality experiences for all young people. During his career, he interned with the Rockefeller Foundation, the Carnegie Corporation of New York, and Goldman Sachs. He also worked as a criminal justice advocate to reduce the jail and prison population.

After graduating from Princeton University’s Woodrow Wilson School, receiving a Master’s in Public Affairs, he decided to pursue further academic interests at Princeton as a doctoral candidate in history. His dissertation, an examination of American marijuana policy, took seriously the impact of the War on Drugs on disadvantaged communities. After finishing his doctoral work, he moved to California to join the Office of Cannabis as Deputy Director in the City and County of San Francisco.


Ray Law worked for the City and County of San Francisco as a legislative aide with the Office of Supervisor Katy Tang and a senior language services coordinator with the Office of Civic Engagement and Immigrant Affairs (OCEIA), he was able to build relationships and collaborate with a variety of city departments, local agencies, and community organizations on policy issues that directly affect the residents of San Francisco. Prior to joining the City, Ray worked for Sing Tao Daily in the Bay Area, and used to work as a high school teacher and paramedic in Hong Kong.

Ray has his bachelor’s from Hong Kong Baptist University in Chinese Language and Literature, and is a graduate of the City College of San Francisco in medical interpreting. Ray also earned a Master’s degree in public administration from the School of Management of University of San Francisco, where he was on the Dean’s List throughout the program. Ray is fluent in Cantonese and Mandarin. His hobbies include reading, running, basketball and supporting our local basketball team, the Golden State Warriors.

While at U.C. Hastings, Jeremy externed for the Honorable Elizabeth D. Laporte in the United States District Court, Northern District of California. Additionally, Jeremy was President of his Law Students for Sensible Drug Policy chapter and received a CALI award for his top course grade in Lie Detection, Emotion, and Mindfulness. Jeremy has had stints as a law clerk or legal intern for the Social Enterprise and Economic Empowerment Clinic, San Francisco City Attorney's Office, and Vicente Sederberg LLC.

Jeremy resides in Buena Vista with his fiance and maltipoo.


Born in Mexicali, Mexico and raised in Calexico, California, Alexandra attended San Diego State University for undergrad and majored in Psychology. She was on the Dean’s List while working full-time as an elementary school Teacher’s Aide during her time there. Immediately following undergrad, Alexandra attended the University of San Francisco School of Law where she received her Juris Doctor.

While at the USF School of Law, she externed under Professor Bill O. Hing and Professor Jacqueline Brown-Scott at its Immigration & Deportation Defense Clinic, and subsequently worked at a business immigration firm and a public utility. Further, Alexandra received a CALI award for her top score in her Legal Research & Writing Analysis I course. She is fluent in Spanish and enjoys running.